As the 2018 FlagShakes season quickly approaches, we wanted to get behind the scenes and introduce you to some of the talented artists you’ll see on stage. We sat down with Ryan Jenkins, who is playing Katherine, and Keath Hall, who is playing Petruchio. We know you’ll love hearing more about them and the insights they bring to the roles. 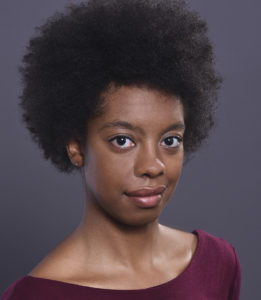 RJ: This is only my second role with FlagShakes. When I played Third Witch/Third Murderer last summer, it was fun to have the opportunity to experiment with playing both a human and supernatural antagonist. Coming back this season has been amazing. Working with friends again, I feel like my favorite role so far has been being an actor in the company!
KH: Last year was my debut with FlagShake,s and I was honored to play Macduff and the bloody sergeant. Petruchio this year has been both challenging and exciting; thus far, it has been my favorite.

RJ: Katherine is a force to be reckoned with. Similar to the Weird Sisters, she refuses to play by anyone else’s rules. People are drawn to her but also fear her. However, the fact that she is a love interest presents unique challenges I didn’t have playing a witch. I have played a headstrong woman-in-charge before, and I have played a love interest/ingenue, but Katherine is the first role where I have to be a combination of the two. She’s more aggressive and violent than Beatrice [in Much Ado About Nothing] but shares the same sharp intellect and wit.
KH: Petruchio is odd and an extremely unreliable source of information in the play. Macduff is a pretty straightforward, straight-laced character. A character like Falstaff is at least a consistent liar, while Petruchio is unpredictable in behavior and ideals. At times, his words seem patriarchal, but at other times he seems to be wholly set against that same system. His language also shifts from something crass to that of elevated poetry. There is a lot more left open for interpretation depending on which moments the actor plays as sincere. 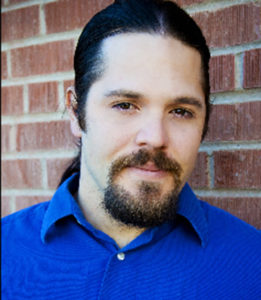 RJ: I would love to be Lady Macbeth, Portia (Merchant of Venice), and Titania (A Midsummer Night’s Dream). My dream role would be a performance capture or voice actor in a video game or movie (like “Avatar!)

KH: Still waiting for a Viking production of Hamlet. Otherwise, I have been eyeing Coriolanus for a while.

RJ: I love that Katherine fearlessly speaks her mind. “No” is a complete sentence to her (but she’s a Shakespeare character so she’s obligated to say more), and it comes without apology. She owns her intelligence. I don’t like that Katherine uses physical violence to get her way. I am not a confrontational or physically intimidating person, and I think it takes an unnecessary amount of energy to be someone who is—on stage or off.
KH: Petruchio has an energy and a grounded understanding of the world around him. This gives him some freedom to observe, comment on, and abuse some negative elements in people and society. That is fun. Unfortunately, to “end successfully” he also must impose his experience and worldview upon Kate, abusing her and several others in the process, for what he deems to be a greater good.

RJ: I think this role is an opportunity to explore my own ever-expanding beliefs regarding womanhood, relationships, gender roles, social conventions, love, and marriage and how to express those philosophies through Katherine. My experience with these aspects of life as a mid-twenties woman of color in a long-term relationship in 2018 has to lead to a uniquely complex perspective on Kate’s pathology and highlights how women today are still discovering and defending their own convictions on these lifestyle topics.
KH: The play is very much of a time and place, though it deals with some universal themes. Following the current issues regarding consent, the #MeToo movement and the state of feminism in the US, we have attempted to present the play in a way that asks questions to further these conversations as opposed to answering them.
My hope is to highlight the idea of marriage as a unification, a team. In this particular case, two broken people become an unstoppable force. We have set the play classically in a patriarchal world, and so to succeed the couple must play by those rules, at least superficially. Ideally, the audience will walk away contemplating the importance of love, sacrifice, and the value of a partner.

How important is the chemistry between these two characters? How are you tackling that in rehearsals?

RJ: Kate and Petruchio’s story has no dynamic without chemistry. Keath is not afraid to try anything and everything to get a reaction, which encourages me to stay as emotionally fluid as I can, and find moments where Katherine can be just as playful, witty, or impulsive!
KH: Kate and Petruchio are like fires that should build on each other. Ryan and I are good friends who are very passionate about these characters. There is a huge amount of trust we have put on each other and in our director Jesse Kamps. Negotiating the intimacy has been as honest and as safe a process as possible.

RJ: Direct address challenges me to remember I’m sharing with the audience just as much as my stage counterparts. Katherine’s biggest weapon is her tongue, so my dedication to fully expressing the language, physically and vocally, has to be as sharp and deliberate (and somehow effortless) as she is. She wants to be seen and heard at all times, so being committed to every emotion and making sure the audience sees and hears them will help them see beyond the shrew and discover her humanity.
KH: For me, there is a simplicity to it that lends itself to the actor. The focus on the performer and language helps to tell the story and limits the distraction. The connection is never clearer or more intimate with a patron than when you are looking an audience member in the eyes for the punchline to a joke or to decry tragedy.

0 comments on “Interview with the Cast: The Taming of the Shrew”