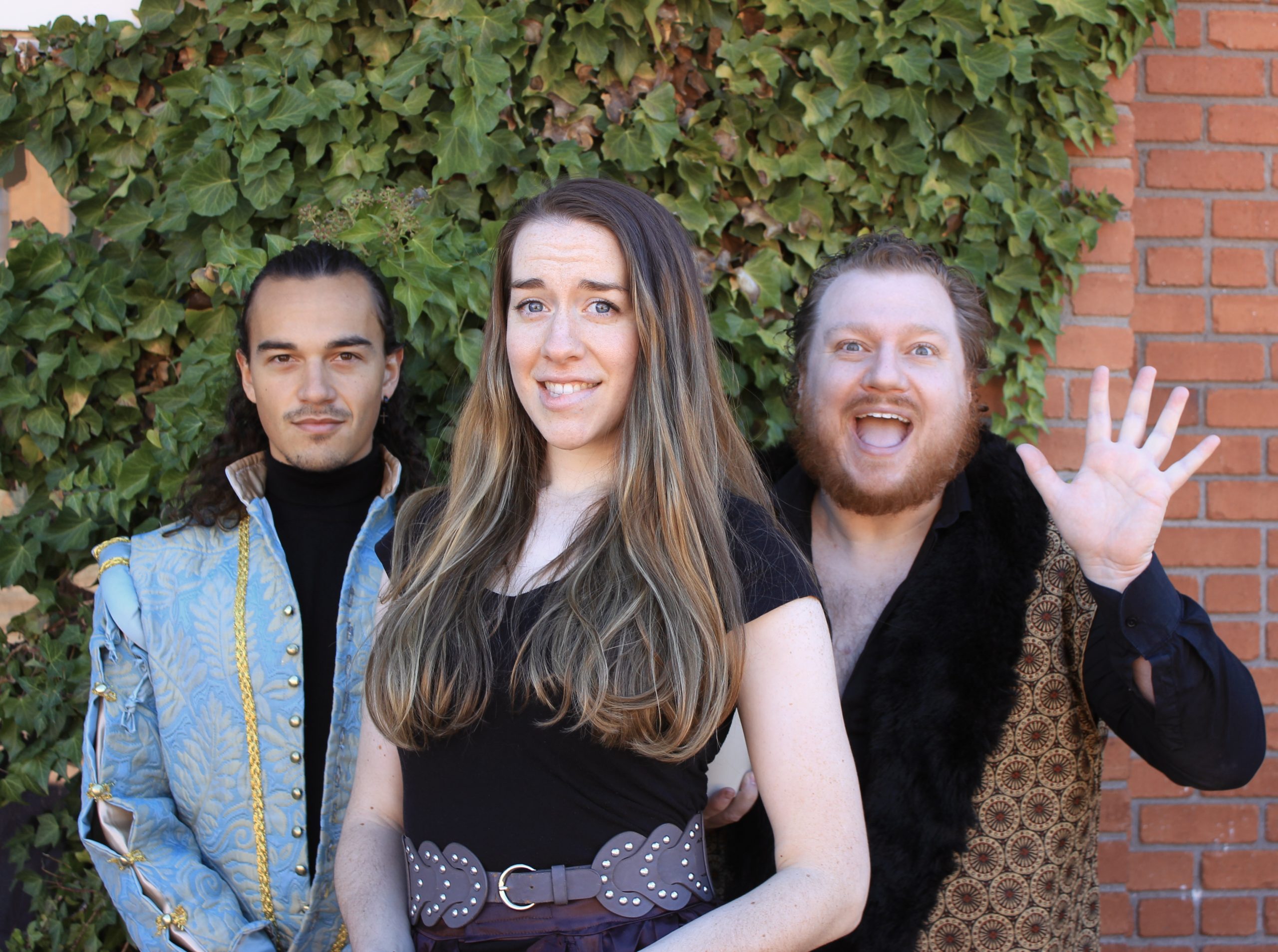 “If music be the food of love, play on.” So begins Shakespeare’s famous comedy Twelfth Night, a story about finding love, overcoming adversity, and yellow stockings! For our first full-scale production since March, FlagShakes is producing one of Shakespeare’s most beloved plays. Our cast includes 8 incredible actors from across the country, and renowned Shakespeare director Jim Warren, founding Artistic Director of the American Shakespeare Center, has joined the FlagShakes team.

Twelfth Night follows the story of Viola, played by FlagShakes alumna Cadence Lamb, who washes ashore on Illyria, where she disguises herself as a boy in order to serve the handsome Duke Orsino (Nick Marchetti). Comedy ensues as feelings are caught between all the wrong people, identities are mistaken, and our favorite characters must navigate the tumultuous island waters and their love lives.