The second show in our 2018 season, Titus Andronicus, remains popular, and as Titus Director/FlagShakes Executive Director Dawn Tucker put it:

OUR PRODUCTION WILL BOTH LEAN INTO THE ABSURDITY PERCEIVED BY THE MODERN AUDIENCE AND PROVIDE, THROUGH MOVEMENT AND MUSIC, VISCERAL PATHWAYS TO UNDERSTANDING IT IN A MODERN CONTEXT.

We wanted to know what the cast was doing behind the scenes to get ready for such a show, so we sat down with Vicki Thompson (Titus) and Christian Tripp (Lucius) to find out more. 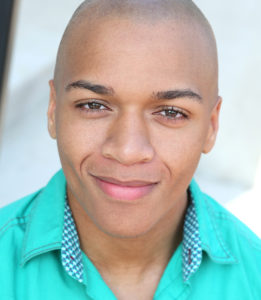 CT: This is my First time with FlagShakes, but I love making discoveries as Lucius in Titus Andronicus!

VT: Titus Andronicus is, by far, my favorite and most challenging role with FlagShakes.

CT: This is my first full Shakespeare role, so automatically that has a few new things like the language to keep in mind. However, I have played soldiers quite a few times now, and what I always carry over is making sure I’m actively chasing an objective.

VT: Titus may be one of my favorite Shakespearean roles, period. Although Gertrude, in Hamlet, was quite delicious to play as well. But in Titus, I play a role traditionally played by a man, and that makes it more exciting because people don’t expect it and (hopefully) are curious.

CT:  My dream role is Iago from Othello. I love the idea of portraying characters in ways they aren’t normally seen. To be able to take one of Shakespeare’s most beloved characters, do something not often done, and unlock the reasoning behind why he is the way he is would be an amazing experience.

VT: I don’t have a dream role at this time because fortunately, I have played a lot of them. I wouldn’t mind being in a Coen Brothers movie or some “over the top” children’s theatre villain. 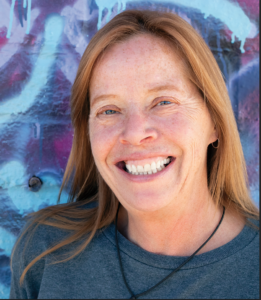 CT:  My favorite quality of this character is how stable Lucius is. Lucius has been through so much at the start and end of this play, but he has to keep it together for his family. He is a fighter, and he can’t drop his guard or else his family and kingdom crumble. My least favorite quality lies in how he never uses his smarts to find peace; instead, he evokes more violence and revenge until the very end.

VT: Titus Andronicus is, by far, the most challenging and exhilarating role I have played in the relatively small catalog of Shakespeare roles I have had the honor to inhabit. I feel blessed to be trusted with such an iconic part. The complexity of this “revenge” play gives me, as a woman, the opportunity to explore complicated emotions as a soldier just home from war and as a mother seeking retribution for her many (many, many) sorrows.

CT: What I am hoping to highlight in Lucius is yes, he is a great warrior, but he is someone who thinks, too. I want my take on Lucius to be layered with three-dimensional qualities of holding back his rage for the sake of keeping a cool head for his family. With Titus on the verge of insanity, he can’t afford to lose.

VT: Without giving too much away…I am delving into the themes of family, as only a mother can, and coming up for air just long enough to assess the damages and by my own hand, in some cases, level the playing field.

How important is the relationship between Titus and Lucius? How are you tackling that in rehearsals?

CT: Everything I do is for Titus and to support her. I want to prove to her that I am a worthy son; it is my way of thanking her for taking care of me throughout war times. Because of this relationship, Titus feels she can trust me without hesitation over anyone else—my loyalty to her is unyielding.

VT: The relationship between Titus and her son Lucius is an extremely important one. They have been career soldiers together, so they’ve been trained to trust each other in a battle zone, which, unfortunately, helps them navigate back at home. Christian Tripp and I have been discussing gene pool issues and are working with the lines to find the bonds. Christian calls me “mom” and last night I called him “sweetums,” so the relationship is definitely building.

How does FlagShakes’s commitment to original staging practices help you communicate the character?

CT: The staging helps me communicate the character by allowing me to fully communicate with the other characters. My need to talk becomes so great that the words flow out without stress. The stage is filled with juicy tension, which causes interesting choices to emerge in a free environment.

VT: FlagShakes, as an organization, is expanding the horizons of this, “our little mountain town,” and finding ways to explore and increase the excellence of the arts community. With Dawn Tucker at the helm and all the dedicated board members, this venture stands on solid ground and will only get better and stronger in the years to come. Be prepared for big things from this company. I feel more than fortunate to play Titus Andronicus. Come along for the ride—you won’t be disappointed.