As FlagShakes’ last show of the season prepares to take the stage this Friday, we wanted to hear from the powerhouse women behind the roles of traditionally-male players.

We know you’ll love hearing from them as they’ve put tons of work and intention behind making this an incredible storytelling experience for you. We sat down with Katherine Stewart, who is playing Prospero and Cadence Lamb, who is playing Ariel to learn more. 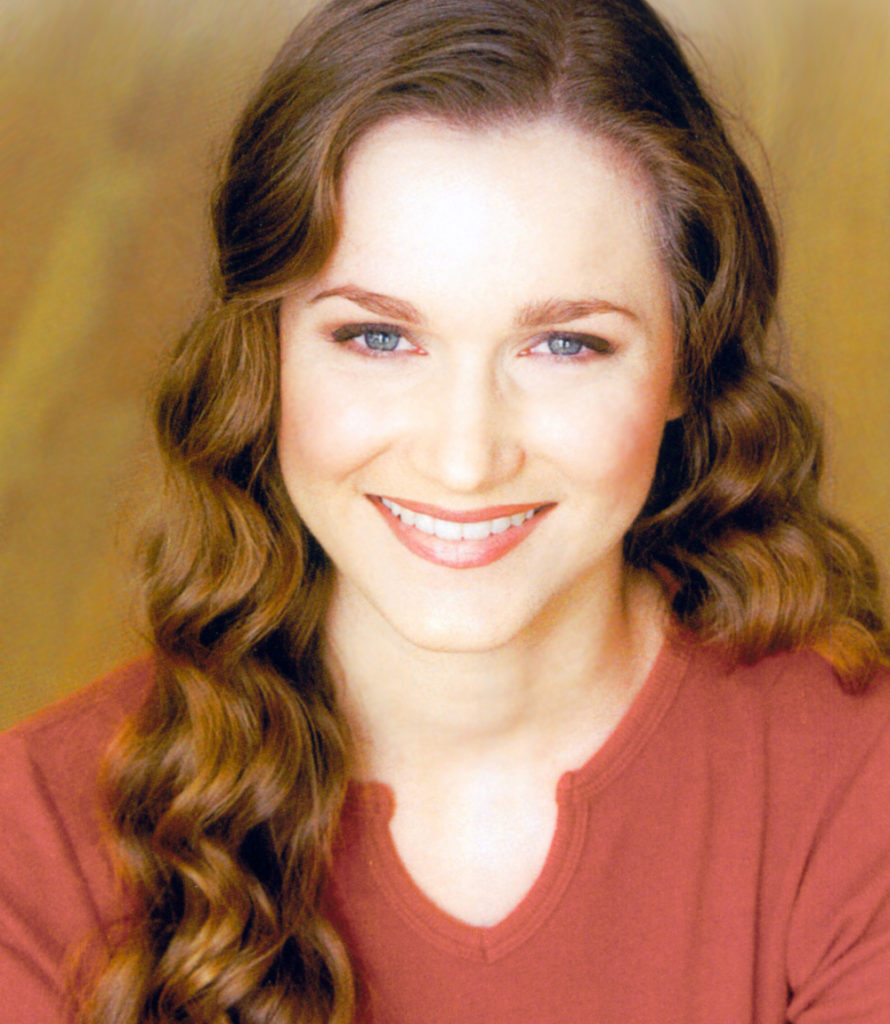 This is my first opportunity to work with FlagShakes, so my favorite role would be this one! I hope that I’ll have the chance to add more roles in the future.

Prospero is a person with a lot of difficult lived experiences. He has been betrayed by family and made an outcast. He is obsessed with knowledge, and to a very real extent, control. Control was taken from him when his kingdom was usurped, and so the way he tames the island, the spirits, and even the waves show him regaining control of his own existence. I think Prospero is a unique character because he is not acted upon – his struggles happen before the play begins. What we see is his personal Act Five.

I would give a heck of a lot to play Isabella in Measure For Measure. She’s so beautifully flawed.

I love Prospero’s world-weariness. I’m not wild about his temper.

Christine has counseled the cast to simply “tell the story.” So my goal is no overt agendas or hot takes, and the audience will take away what speaks most to them.

The relationship with Prospero and Ariel is interesting because of the dynamic alternates between master/servant and parent/child.  Ariel is excitable and flighty, which is a big contrast to Prospero’s deliberate plotting and reflection. Ariel is innocent and unwise; Prospero is embittered and pragmatic. They are two ends of the same scale.

I can’t think of another company that would do a completely gender-reversed casting of such an iconic show. There just wouldn’t be the opportunity to speak these words. I actually get to say “We are such stuff as dreams are made on” and check it off my bucket list. Amazing! 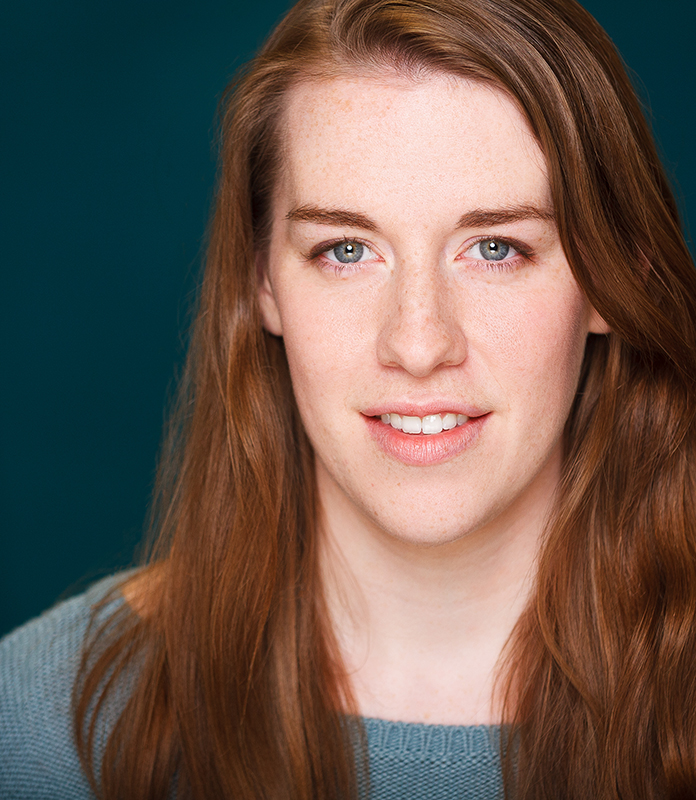 I don’t think I can count Ariel, because I’m still in that process, but he very well may be my new favorite. But for now, I will go with Friar Lawrence in Romeo and Juliet. When I first got my offer, I was sure it was a mistake. I mean, I certainly wouldn’t have figured I’d be playing a middle-aged man anytime soon if ever. But as I started to get to know the character, I realized he and I really do have a lot in common, like our priorities and how we respond to a crisis. That’s something I’ve always admired about Flagshakes. They cast based on inner qualities of the actor before assessing physical attributes, which is why I think this gender-reversed production of The Tempest works!

Ariel is incredibly different from any role I’ve done, mainly because he isn’t human, he’s a spirit. I have reveled in exploring his movement outside of a typical human’s social boundaries. It’s also fun in that he is invisible to most characters for the whole play, which gives me many opportunities to earn the title “tricksy spirit” that Prospero gives me.

Fortunately, I have already played two of my dream roles: Constance in King John and Princess Winifred in Once Upon a Mattress. But I would certainly play either again in a heartbeat.

We have decided that our version of Ariel is solely focused on the present. He is fully encompassed in whatever is right in front of him and nothing else in the universe matters. I wish more people, including myself, had more of this quality. Certainly, not to the extent at which I’ll be playing it, but I do think it’s a reminder to experience and fully invest in your present as it happens, instead of getting caught up in your head. My least favorite attribute is that Ariel has absolutely no ambition. He only stands up for himself once in the play and just follows orders for the rest of it (even though he is clearly the most powerful thing on the island in terms of magic).

I have actually never seen a production of The Tempest, whether live or on film. And I don’t plan to until after we close. It’s far more freeing to create the character strictly from the text and who I am without the interpretations of others in my head. That being said, I hope to highlight his sense of focusing on the present and his immersive curiosity and wonder that it seems only children and spirits have ;).

It was important for us to view the relationship both from an objective perspective as well as from our characters’. Objectively, Prospero is taking advantage of Ariel and using his powers where he could have just immediately set him free. However, when viewed through our characters’ lenses, Ariel is happy to serve a master he views as more moral and loving than his past master. And Prospero enjoys Ariel’s presence beyond just using his powers as a tool. Of course, other productions could choose to highlight other aspects and treat it more like an enslavement, but we chose to play it more like a loving, if slightly not fair, bargain between good friends.

First of all, this is my second time working with Christine and I am so grateful for it. Her knowledge of how to interpret the text across the whole canon is priceless and hard to come by. As far as staging goes, I have certainly appreciated the freedom I have been given to be amongst the audience and roll around the stage. Flagshakes is always good about including the audience and making them feel a part of the story wherever possible.
We’re now almost two weeks into the rehearsal process of The Tempest. Slowly but surely we’re making our way through the whole play, focusing on the different groups that arrive and interact on the island. We’ve established a strong bond between Prospero and the supernatural being of Ariel. The nobles, as we’ve started to call them, including the king Alonso with his brother Sebastian, his advisor Gonzalo and follower Adrian, as well as Duke Antonio. This group appears always together in the play and have a curious dynamic, as Antonio and Sebastian constantly try to undermine the pursuit of hope by Gonzalo. Then we rehearsed some heartwarming scenes between Miranda and Ferdinand. It’s astounding to hear Miranda discover the beauty of mankind in her very sincere and truthful way. Finally, the most laughs we’ve had in rehearsals so far has been with the hilarious trio of the drunken butler Stephano, the jester Trinculo and the creature of the island, half-human half-something else, called Caliban. The opposing character personalities in these scenes alone are funny. Caliban’s rage and need for revenge are countered by the drunken Stephano and Trinculo, that every observer understands that any plans forged by these are doomed to fail. But as always it’s wonderfully entertaining to observe their attempts. 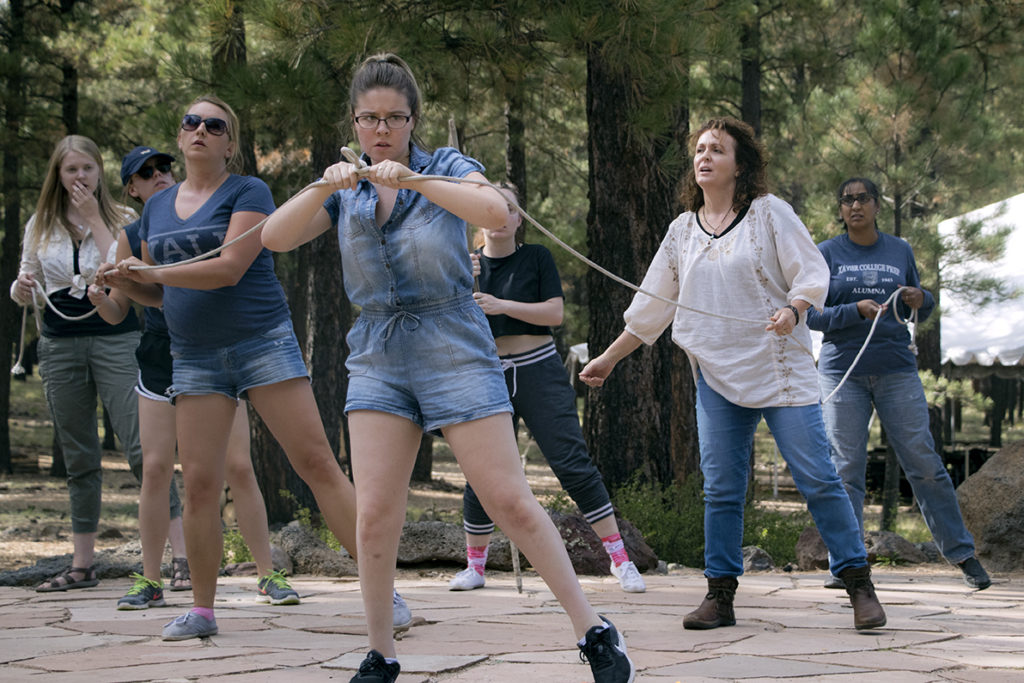 The only new approach we’ve taken with this production is the gender-reversed casting. As it turns out, it’s the first production ever to fully commit to gender-reversed casting, meaning that all roles will be played by the opposite sex. So, if you come to see this production, you’re in for a treat of a world premiere. In a way, you would have expected to trigger a lot of discussions during rehearsals about the casting. But after our first set of ground rules to portray the characters as truthfully and best as we can, our focus in rehearsals has been to tell the story of The Tempest as clearly as possible. We forget how often women are cast to play men’s roles nowadays, so the casting sounds way more outlandish than it is, at least for the women it is just another male role. Even our male actor has acted in women’s roles before.
The most important lesson to learn from the gender-swap is that the acting becomes about the character and what part they play in the story, rather than about gender. Just as in real life, we all can play the same part but we all bring our very own and distinguishable personality to it. And what a joy it is to see that in rehearsals.