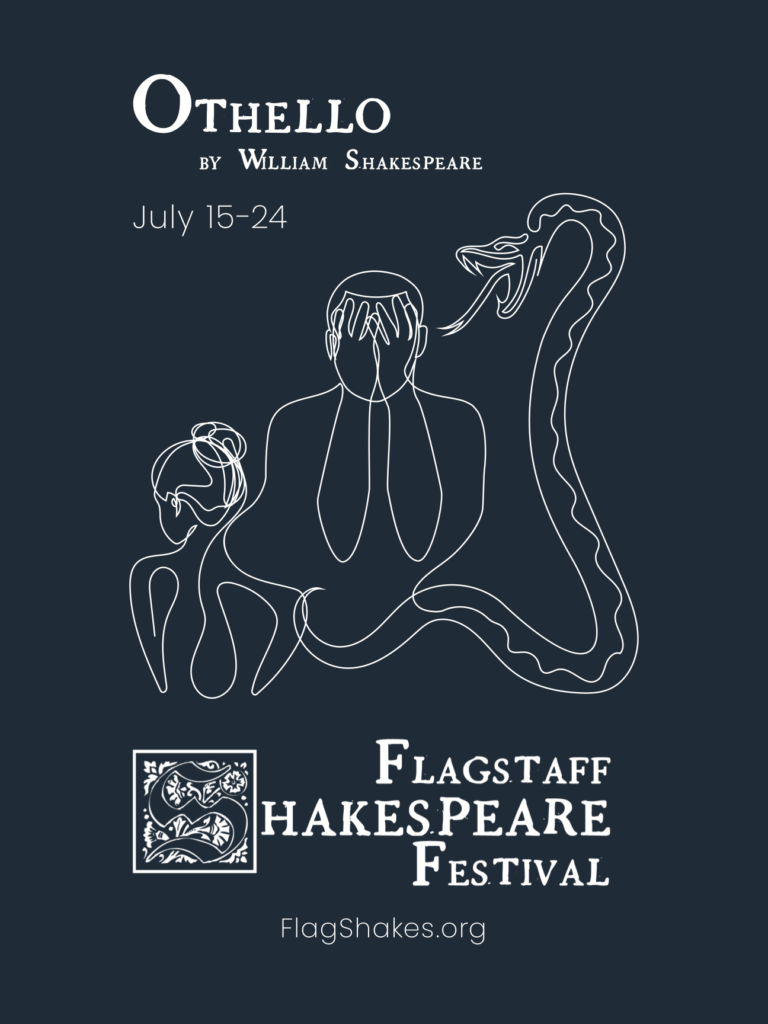 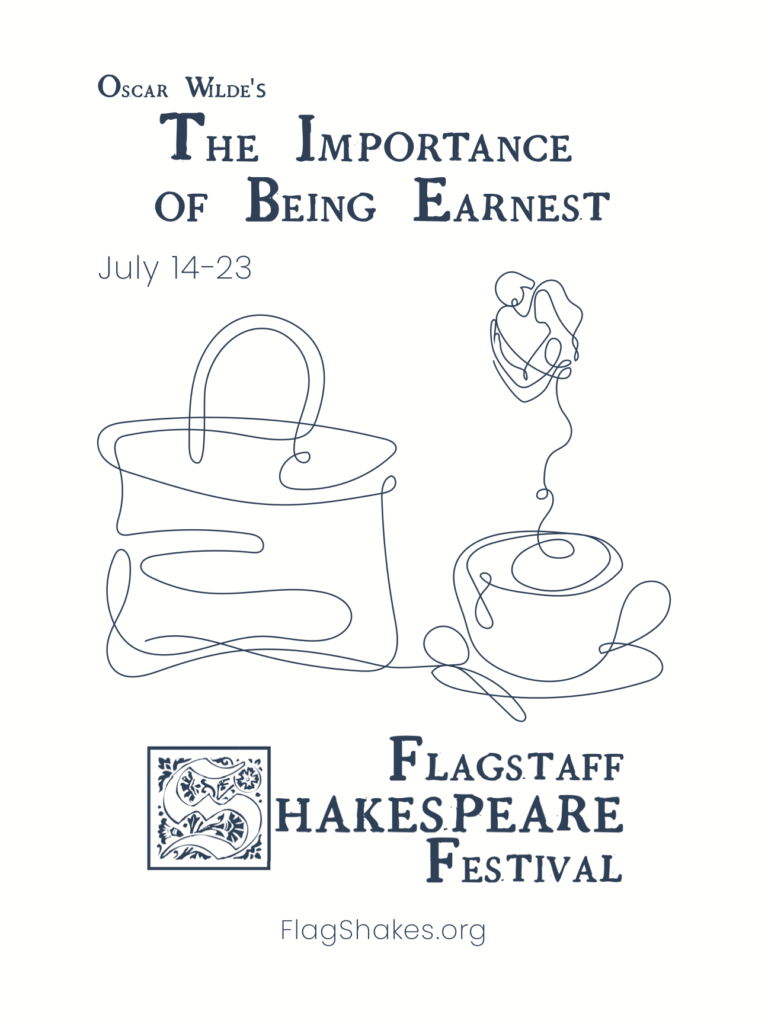 Come join FlagShakes at the Flagstaff Arts and Leadership Academy Amphitheater for theater under the open air this July! Take in a beautiful view of the San Francisco Peaks while you enjoy incredible professional theater right here in northern Arizona.

This season, FlagShakes is excited to present a dynamic rotating repertory season: the classic tragedy of Othello by William Shakespeare and the light and airy comedy of manners, The Importance of Being Earnest by Oscar Wilde.

Othello follows the story of the titular Moorish (African) General, who falls in love with and marries a Venetian woman, Desdemona. When the clever Iago, a fellow military man, grows jealous of Othello, he hatches a chillingly brilliant plan to bring down Othello, and whoever else gets in his way. While Othello will have you on the edge of your seat, The Importance of Being Earnest will have you literally gasping from laughter! A British comedy set in Victorian London, the play follows two sets of lovers, Jack, Algernon, Gwendolyn, and Cecily, who we see live out a comedy of errors with the help of fake identities, copious amounts of tea, and of course, muffins.

Directed by Devon Glover and James Cougar Canfield, respectively, the shows are sure to be a hit. Featuring FlagShakes local favorites, and a few new out of town faces, the acting will be high caliber as always.

All performances will be held outside under our vinyl tent, and the show will go on rain or shine, unless it becomes unsafe to do so. Bring layers as it may get chilly! Masks optional, and no proof of vaccination required.