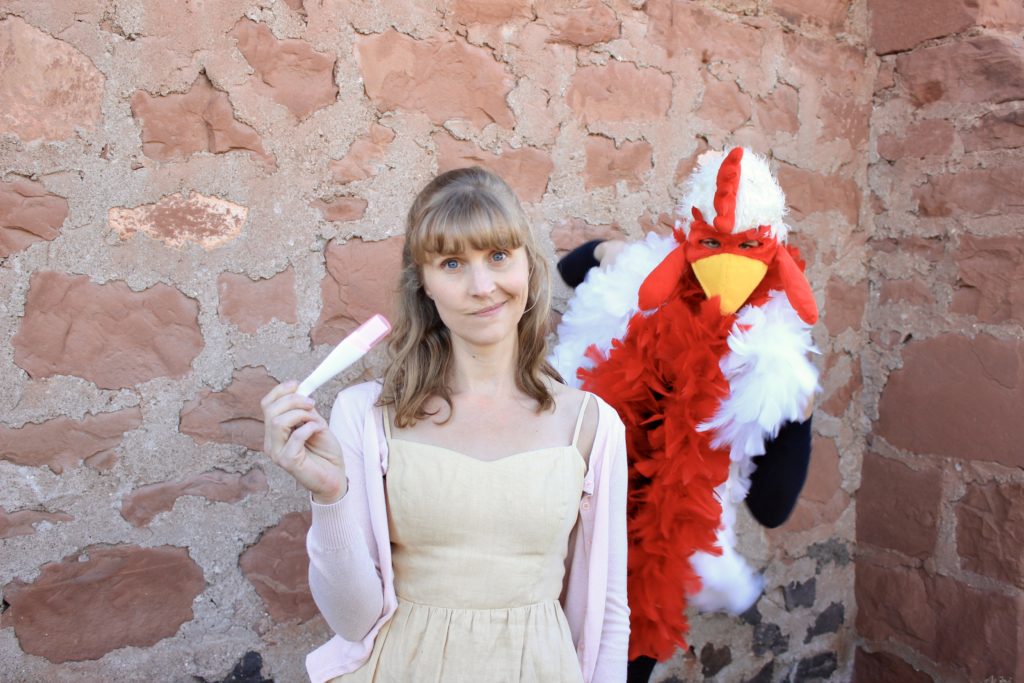 For Jenn, a 40-year-old woman of “advanced maternal age,” pregnancy isn’t so easy. Gone are the days of birth control pills and in step ovulation tests and anxiety. Ginna Hoben’s No Spring Chicken is a one-woman show about the pain and the comedy of trying to conceive at 40.

The show stars Flagstaff Shakespeare Festival’s Executive Director Dawn Tucker, and is directed by Jim Warren, the founding Artistic Director of the American Shakespeare Center. Tucker delights as Jenn, a lovable woman who balances her worries and her hopes in order to make her dream a reality. The charming 70-minute play is peppered with music by the “Man in the Moon,” played by local musician and artist Sean Golightly, who also serves as many of the other characters in the play, providing whispers and sound elements that help move the play along.